Just a sampling of this year's builds.....

2nd car of the pair

B&O Snow Flanger SF-43 had a long and varied life.  It began as a Class M-8 box car from the 1890's. It was upgraded in the 1900's with a steel re-enforced underframe (a steel center sill, the truss rods remained.)   By the 1930's it was converted to be a snow flanger.  Then, during WW II it was refitted inside for use as a caboose, with all the flanger equipment removed. Following WW II it was back to work as a flanger again, assigned to M&K Junction in West Virginia.   It was still there in the 1990's, well weathered with intentions for it to go the the B&O Museum in Baltimore. To do that, it would need to be taken off its trucks and shipped on a flat car for preservation as a museum exhibit.  Before any funding for that could be raised, vandals set it on fire and it was totally destroyed at age 99.

This model began its life as a Train Craft tool caboose kit from 1953. I had seen a few HO models of SF-43 at B&O RR HS Convention model contests. What about one in O scale?  The Train Craft tool caboose body had the right measurements for a B&O Class M- 8 box car.  The tool caboose door castings were much like those of the B&O prototype as well.  I just needed smaller caboose windows, modify one end to be the front, put on a truss rod detailed underframe and a flanger plow for the front truck.  That last part was the first thing I built in brass from a B&O drawing for the truck mounted flanger plow. All Nation arch bar trucks fitted with Precision Scale leaf springs were used.  Work on the body was done, a headlight and some interior detail was installed.  The model was painted and lettered to represent SF-43 of the 1950's. It was built so it could be run in a train, or pushed ahead of a locomotive in snow removal service.

No idea why, but I've never bothered to build a flanger

Like the truck mounted flanger plow, Ed.  Plans for this car exist somewhere possible to access w/o sacrificing a pound of flesh? 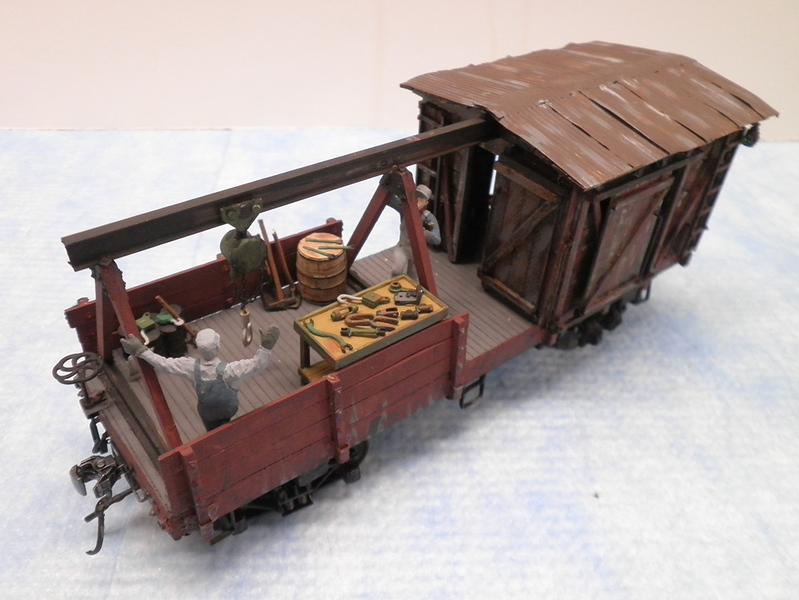 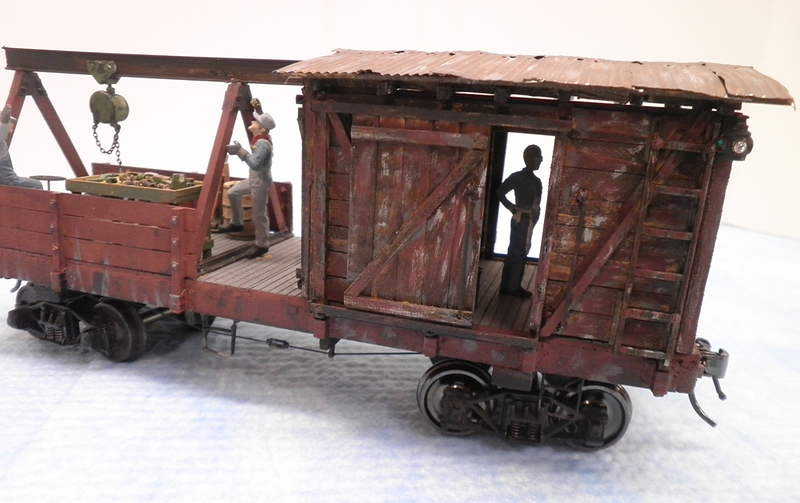